Warning: "continue" targeting switch is equivalent to "break". Did you mean to use "continue 2"? in /home/acmes286/public_html/wp/wp-content/plugins/revslider/includes/operations.class.php on line 2715

Warning: "continue" targeting switch is equivalent to "break". Did you mean to use "continue 2"? in /home/acmes286/public_html/wp/wp-content/plugins/revslider/includes/operations.class.php on line 2719

“ABSTRACT: Corte Bra Murari Palace, now Bocca Trezza, doubtless represents in Verona one of the most relevant examples of veronese Reinassence patrician arhcitecture. Built towards the middle of XVI century it still houses a precius repertoire of fresco and plaster decorations. The loggia decoration at the ground floor by Paolo Farinati (end of XVI century) the object of the analysis, it is now in an advanced deterioration, the pathern and inquiry campaign led in cooperation with Sopraintendeza and local administrations, in view of a general preservation act, has revealed the field and the materials used to produce it. The terrible conditions of the dry-paintings seems due to a radical change in the enviromental conditions happened in the last century, following the demolition of a courtyard wing on which the loggia used face. This led to a sudden deterioration of its decoration which till the end of the XIX century were perfectly visible. Therefore a conservative action proposal has been developed; its prior need is the consolidation of the preliminary layers and painting film.” 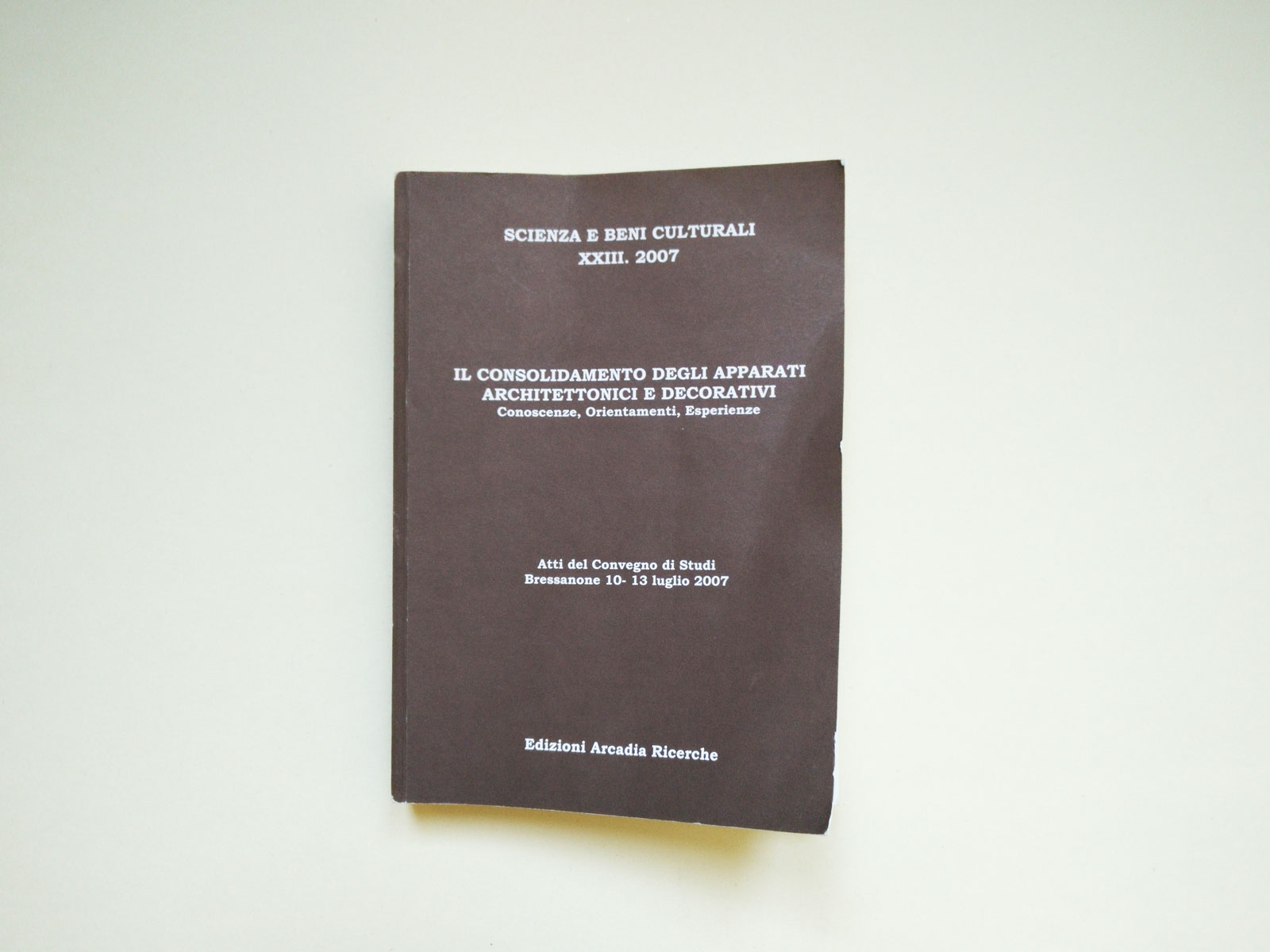 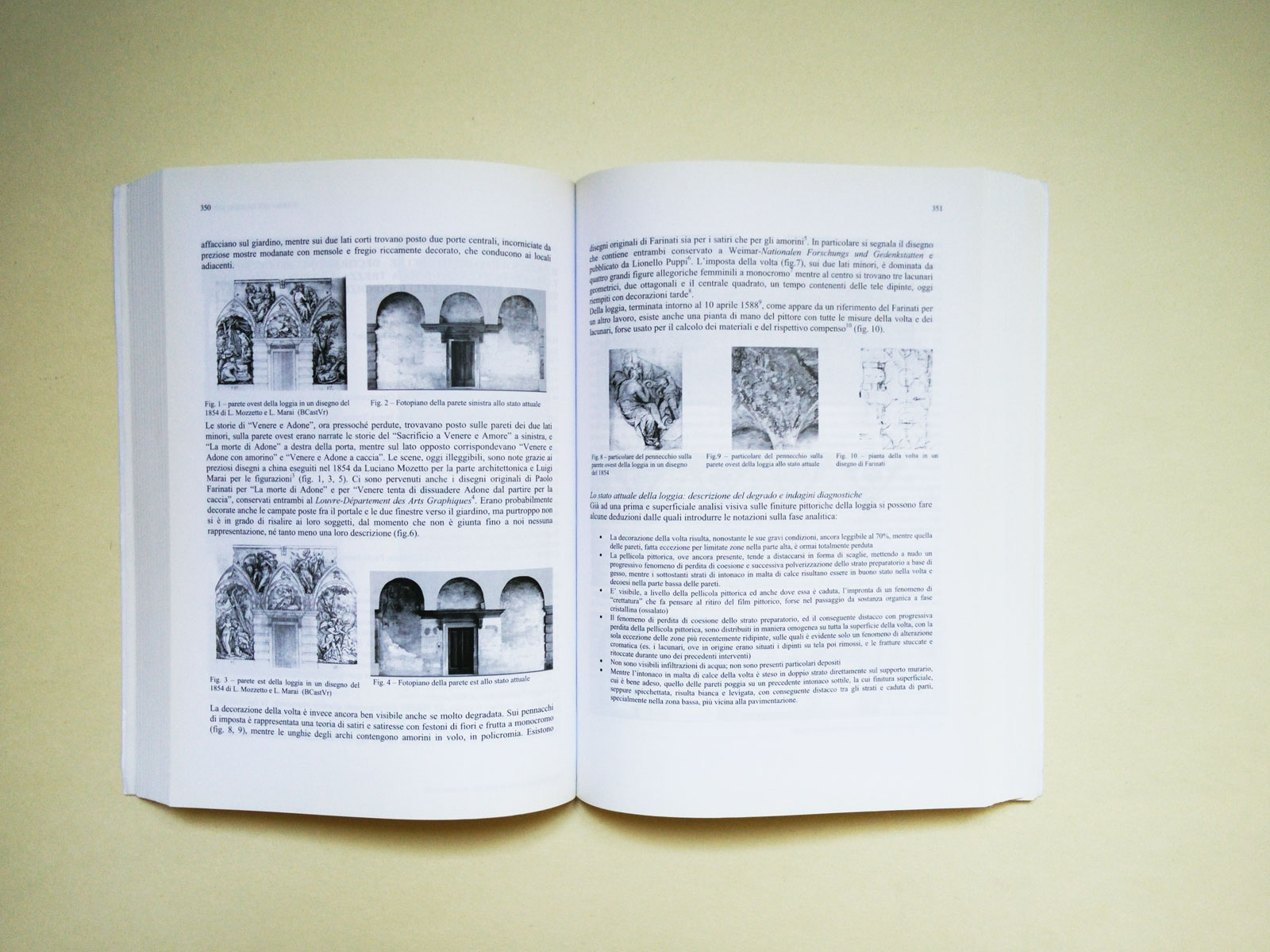